The Legend of Zelda: Ocarina of Time

I consider myself to be a very patient man - perhaps to a fault. You kind of need to become one when you find yourself helping to raise three little sisters. Oh, you're busy setting your work station up??? Cool, no problem. I work in the restaurant industry, so I know how it goes.
All that said, I do not appreciate having my patience tested. Not with movies, not with books, and especially not with games.


That seems like good foreshadowing to a review for the highest-rated video game of all time...

Full disclosure: I'm basing my review on a play attempt from a few years back on the GameCube edition. I distinctly recall what I'm about to tell you, but I'm also watching someone else's playthrough on YouTube just to jog my memory.

The story opens up with a surprisingly touching introduction to the game's hero, Link. He is a "child of the forest", living among other children - the Kokiri. Each Kokiri child has a guardian fairy... except for Link (that's us! Story of our lives, huh?).
Cue the glitched shot of Link lying (and crying? Or maybe suffering from unbelievable cramps) on the floor, beside his bed.
Emotional connection already established less than a minute in! Good shit.

The scene immediately switches to an unexplained shot outside of a castle on a dark and stormy night. No words necessary to inform us that the princess is escaping on horseback from the story's main antagonist as Link watches on in bewilderment.
Same, Link. Same. The hell are you doing in this dangerous neighborhood, so far from home??
We then get a confusing scene of some elder tree speaking to a tiny orb of light with wings (one of them fairy thingamajigs). I've seen far weirder things - just generally speaking - but it's a bit nonsensical and I wish they'd just cut to the chase a bit faster, so I'm going to as well.

Initial gameplay thoughts:
The forest has a cool and interesting color layout and design! Also, I want to meet the rest of these kids in the forest! Okay, but if y'all could talk a little bit faster than that, that would be great... Less is more!! Also, Link moves at a good speed, though his walking animation is kindaaa... clanky. Must be wearing steel-toe Uggs...

After walking around everywhere and interacting with anything and everything, I'm finding myself growing frustrated because I know I need to find the stupid tree and exchange pleasantries with it, but there are absolutely ZERO tips on how to get there!
Now, the freedom to move in three dimensions became a double-aged sword when games evolved to that point because the last thing you want to do is to wander around aimlessly, especially as soon as you walk out of your house! 'Mario 64' didn't have that problem.
But I swear, I went back and forth for at least half an hour, inside and outside of every section and hut, just looking for whatever needle in a haystack I was missing.

I eventually gave up and my sister informed me I had to go all the way to the edge of the map, look for a small hole that was barely visible, and then crawl through it in order to progress.
What. The. Actual. Fuck. Not a good first impression!

Anyhow, the ball rolls and it's not long before I encounter my second moment of disappointment.
I'm in a small room inside of the first dungeon and I have to solve a quick, simple puzzle. Again, it's a small room with barely any variables. I simply need to carry my torch from one side to the other without my torch getting wet, and it is infuriatingly impossible!
I go back to my sister (she already beat this game before, btw) who points out that there's a nearly invisible block covered by a few polygons of water that I'm supposed to step on.
Goddamn it!!! Who the hell designed this shitty level??! The rest of this godforsaken game better NOT be like this...

Fast-forward to the final straw.
I now have to navigate a certain path in a garden without being seen. I didn't sign up for a stealth game, but it's good to have some varied game missions. Okay, let's do it!
Except this one is literally impossible because the game REQUIRES you to fail at least once before making the goal achievable. I call shenanigans!
And I'm almost irate just typing out these memories. THIS is why I decided to boot up a video rather than attempt to play this game again.

This is when my soul and spirit just surrendered - even though my fingers were still pressing buttons. At this point I just continued because I had already invested three or four hours into it and I wanted SOME form of gratification before calling it quits. Actually, the first boss battle was cool for what it was, but that's about it.

Fortunately (or unfortunately) I then came across a legit bug that wouldn't allow me to proceed. I read an online walkthrough and watched a video, and it was an actual glitch that saved me from any further suffering.
Now, defenders of this game are going to argue, "But it's a classic!! It's the best game of all time! The joy comes when you finally figure out what you're supposed to do (after driving you crazy for half an hour)."

Well, I say that life is way too goddamn short to try to enjoy a game that continually trolls you with shitty, barely visible solutions. I've played and enjoyed other Zelda games before (namely 'A Link to the Past' and 'The Minish Cap'), and I really wanted to have the magical experience that others have had with it, but I just couldn't. I'm not THAT patient of a man.
Do NOT buy or even borrow this game. Seriously. It's a real shame, but unless you enjoy being stressed out by games with outdated design issues, just skip it.
3 comments: 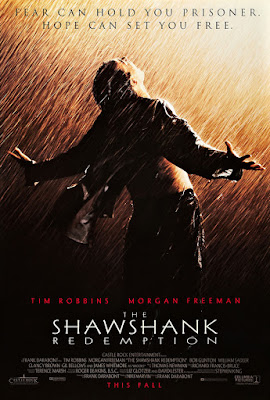 This, the top-rated film of all time (since 2008 and according to IMDB), is a touching tale of the blossoming of friendship within the oppressive walls of Shawshank State Penitentiary - a place where gross corruption runs rampant.

Our main protagonist is Andy Dufresne - a banker serving a life sentence after being found guilty of murdering his wife and her lover. Clever, enigmatic, and arguably likable, Andy is a man who thinks outside the cold, hard box (symbolism?), even if it means engaging in incredibly risky behavior that can result in receiving a serious beatdown, potential rape, or even death.

We're shown early on, by the way, that it doesn't take very much convincing at all for the ruthless and vicious head guard, Captain Hadley (and not even the main antagonist), to beat a prisoner senseless in front of everyone. The victim soon succumbing to his serious injuries, his untimely death a result of his crying too loudly on his first night in.

Regardless, Andy has a tendency to "act out" not impulsively, but because he has long-term visions. Forward visions that usually result in a positive outcome either benefitting him, his fellow inmates, and at times even the film's biggest villains. But we're sometimes made to wonder why he even bothers. What's his final goal, as a man destined to die within those prison walls?
Is it all for the greater good? Is it because it helps him maintains some sense of diminishing sanity whenever he's not in solitary confinement? Is it for shits and giggles? Or is there another reason altogether?

The film also presents some religious themes and brings up an important and serious question regarding the consequences of breaking human beings until they adjust to prison life and later on expecting them to adjust back to normal civilian life as seamlessly as possible.

All that aside, the writing is top-notch and the performances are stellar. The cinematography is solid as well, with shots showing the almost-beautiful exterior of Shawshank itself, and good camera work the few times that the story takes place outside of the main location. The emotions you'll go through -whether they're feelings of lament, joy, hatred, or satisfaction- are varied and well sprinkled throughout.

It's an excellent film, to be sure and I refuse to go into any further detail.
Buy this movie if you're a film collector. If not, definitely borrow it from a friend (and return it, dammit!), or find somewhere to stream it. Highly recommended.
No comments:

To Pimp A Butterfly 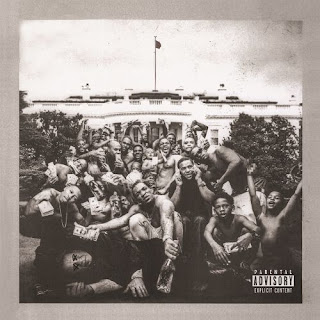 Music is a tough art to review.
As much as it brings people together, it feels like the endless array of genres alone can create great divisiveness when anyone attempts to define or explain why a certain artist, song or album is worth listening to. Hell, even with the artists and songs I enjoy listening to, very rarely do I ever listen to albums in their entirety.


As I previously mentioned, glancing at the list that people consider to be the 'best albums of all time', most of the albums and artists are ones I've never listened to (I tend to avoid the ultra-mainstream). I'm also wondering if I should try to listen to each album multiple times, as obviously certain albums just need to grow on you.
Though some may argue it detracts from the overall experience, I feel the necessity to listen whilst simultaneously reading the lyrics on genius.com - especially for rap albums!


Best case scenario: I become exposed to some great new music.
Worst case scenario: I end up giving bad reviews to most of these albums and stop reviewing music altogether. To help to ease this burden, I've simplified my reviewing system from the letter grades of my past reviews to just concluding whether or not something is worth purchasing.

I'm sincerely hoping to comprehend all of the love for this album, especially since my next music review will also be another Kendrick Lamar effort, and I've never heard a single one of his tracks.

The album opens up to set the notion that black people in racist America are being discriminated against, but even when a black individual becomes a celebrity, their expectation to shut up and entertain, and overall exploitation (being pimped out) at the hands of the wealthy and how that can blind them and bring ruin to their life. The album serves to explain how success for a black man in the music industry isn't all glittering grills. It also brings up the feeling of guilt when realizing that the people you lived with earlier in life mostly remain struggling in the streets, as well as themes of self-hatred within black communities.

Musically, the smooth, funky jazz flows are the highlights sprinkled throughout the album. I'm finding myself either enjoying the music or the lyrics, but only about half the time do I find myself appreciating both.

I give Kendrick Lamar a lot of credit for the symbolism in his writing. This album has plenty of value in that department. A good chunk of this recording feels more like an open mic recital - which is great, and it certainly serves its purpose.

I would've enjoyed it more with fewer intros, outros, and beat changes. Still, a careful listen is recommended whilst checking off lyrical references to Wesley Snipes' tax evasion, the problem with Obama (who happens to absolutely love this album) and his presidency, as well as our innate hypocrisies when it comes to the people we hate, and the people we fail to help when we have the capacity to do so.